With a break in 2018, the Wimbledon Party was back for 2019.  Twenty-four members took part with Sue Nicholls joining in as a late replacement.

The six rounds started at 10:00am bathed in glorious sunshine the courts looked and played exceptionally well thanks to our grounds man Mike Payne.

After the six rounds scores were extremely tight with only 0.5 of a point separating 2nd and 3rd places both in the men’s and the lady’s sections. 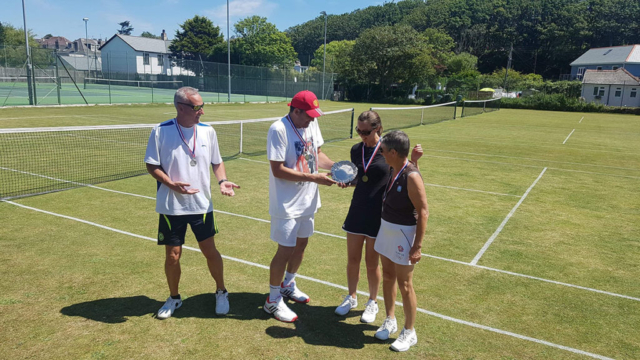 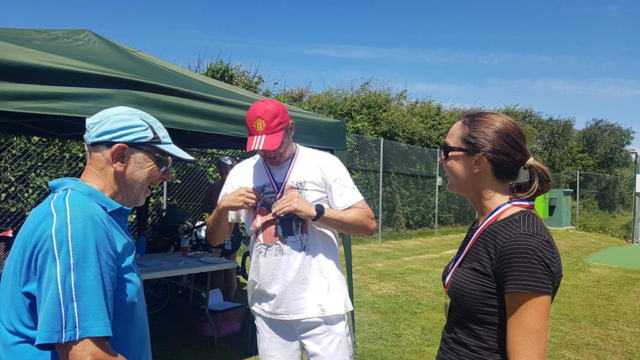 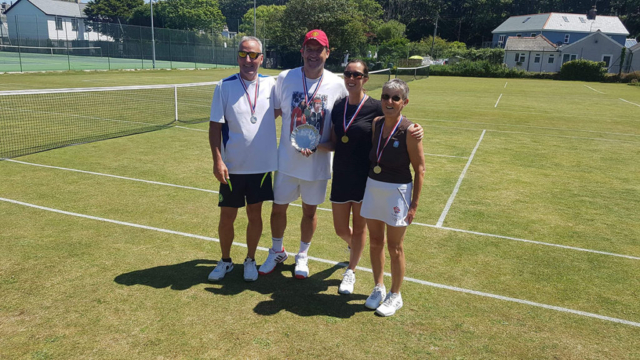 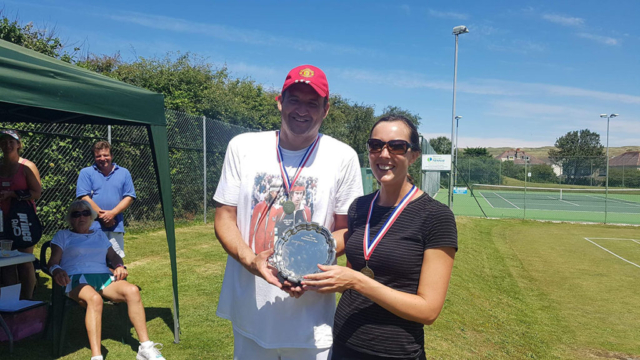 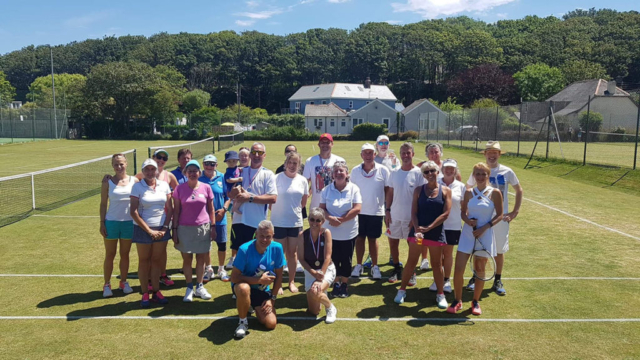 The results were as follows:

Prior to the final the Grand Raffle was drawn. Prizes included three rackets, a rare Wimbledon book, a bottle of Houses of Parliament Whiskey, tennis balls and strings.

Following the draw, the “Wimbledon Feast” was gratefully received by players and spectators alike. Prepared by  Lisa Pippin ,Carol Pippin and Pat Hyde who baked fifty scones single handed! Not a Pimms, scone, strawberry, sandwich was left, a commendation to the three providers!

The final then ensued – Sam Griffin and June Fallow taking on Robert Pippin and Sarah Morrison. In a close encounter that went to sudden death deuce Robert and Sarah took the match and the trophy.

Thanks, must go to helpers Dave Smith, Dave Pell, Mike Payne, Sue Nicholls and of course the organiser Rob Pippin. 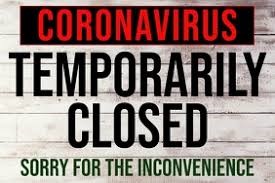