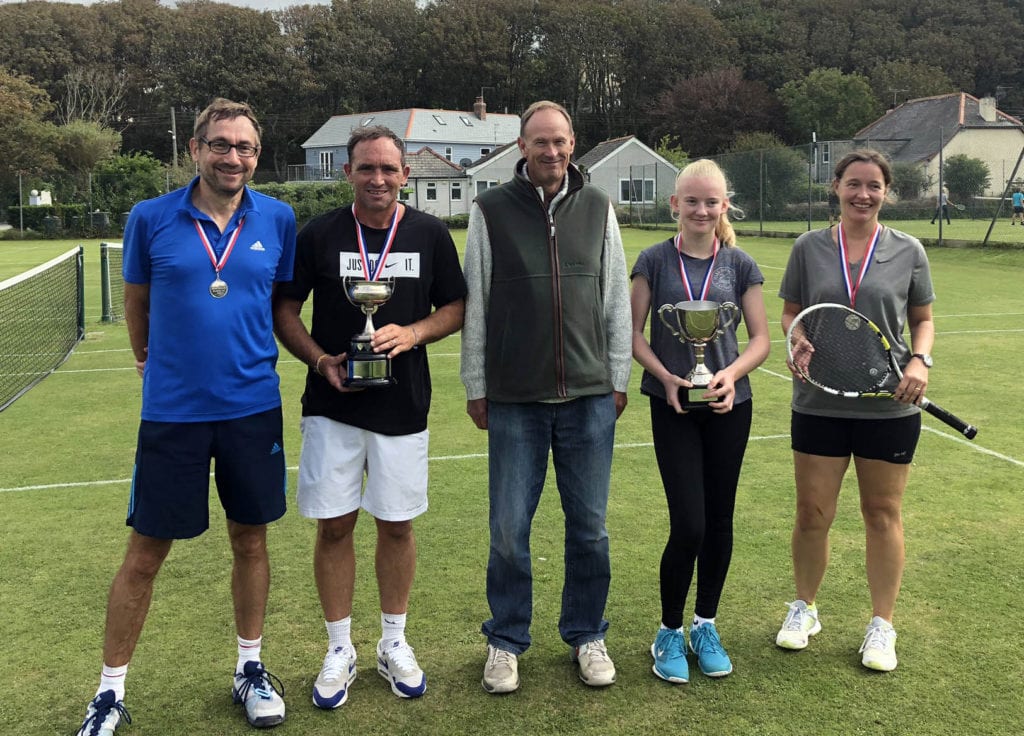 With the grass courts presented in super condition by Mike Payne,and rewarded with a warm and sunny weather forecast.

The ladies singles produced good tennis in the group stages that resulted in two semi-finals.

Her opponent would be Alison Legg who defeated last year’s winner June Fallow in a long exciting match 7 games to 5.

The final was played between the young left handed Lucinda and right handed Alison Legg resulting in a deserved 6 2 victory to Lucinda.

The first was between young Archie Mallet and former club champion Ian Gosling-Brown,the match was of a high standard with Archie playing an array of excellent shots beyond his years.

However the experience of Ian was enough to clinch a place in the final.The second semi final was a repeat of last years semi final between current champion Pete Williams and Greg Spray.

Similar to last year this was as close as you could get as the two friend’s and great rivals battled to 6 games each and therefore played a 10 point tie break to decide who would proceed to the final.

Long rallies with great volleys and net cords on many points resulted in a tight 10 points to 6 victory for Pete.

A good lunch was provided by Alison Luck with the Trophies being presented by Chairman Peter Lampier .